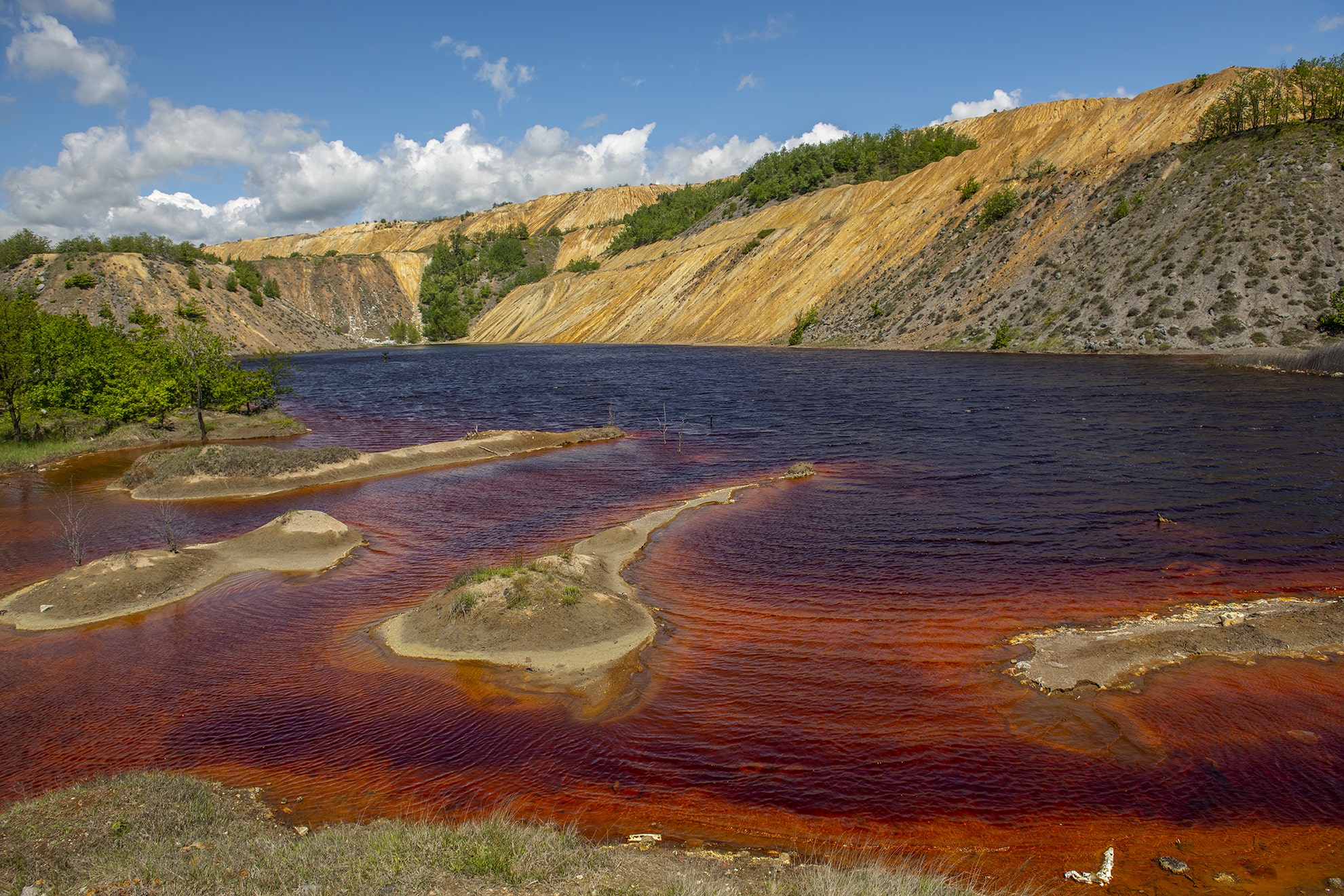 Bor, in north-eastern Serbia, is one of the country’s most polluted cities. While citizens protest their dirty air and water, Chinese mining company Zijin, which runs the city’s large-scale copper mining and smelting complex, is expanding its operations. This unique picture essay by Nemanja Pančić captures the industrial landscape and pollution in Bor and its surrounds.

Chinese mining company Zijin recently announced that it will expand its mining activities in the city of Bor in northern Serbia. In addition to its existing copper mine north of the city, the company is building a new mine to the south, leaving Bor wedged between two mining complexes.

According to Bor’s city assembly and the director of Zijin, the new complex at Novo Cerovo will be the first of its kind to be environmentally friendly. The Chinese company says it has invested USD 77.68 million in environmental management and mine reclamation and is currently disposing of waste from its previous operations and planting trees. It claims to have neutralized many tons of waste and made more than a thousand acres of land green.

The Serbian Ministry of Mining inspected the site, and concluded that the company had fulfilled all necessary requirements by mechanically treating its wastewater and cleaning the Pek River. The inspectors did, however, order Zijin to build additional channels and wastewater treatment pools to prevent pollution.

Despite this, environmental organizations and citizens of Bor doubt there will be any improvement to the city’s environment, which is already one of the most polluted in Serbia. Several protests against pollution have taken place in the last two years, and there have been many complaints that the water in the area’s main river has turned a reddish color and started to smell.

Serbian environmental organizations the Centre for Ecology and Sustainable Development (CEKOR) and the Renewables and Environmental Regulatory Institute (RERI) have, independent of each other, question the legality of the Chinese project in Bor. They both claim that that the Serbian government failed to announce public tenders as required by legislation, and to conduct the necessary assessments. They further express their displeasure that Zijin continues to ignore warnings from civil society and affected people.

Voices from the local community say that roads and water and sewerage infrastructure are being destroyed as a result of the increased mining activity. Many citizens feel that the interests of individuals are not being recognized, and when their property or health is damaged as a consequence of this activity their complaints are ignored.

“The new mine will cause extensive pollution and human rights violations. It will not only affect the citizens of Bor, but also those in surrounding villages – around 1000 families.”

Citizens say that they are already being affected by air pollution such as dust and exhaust gases on a daily basis. Air quality tests in Bor have found traces of sulphur dioxide, arsenic, led, nickel and cadmium, which all have a severe impact on the air quality and health of the population.

Environmental organisations fear that wastewater from the new Čukaru Peki mine will leak into the Brestovačka river, which is a tributary of the Timok. The latter flows through the regional capital Zaječar, and there are concerns that the polluted water could endanger the city’s iconic ancient fountains.

Two major rivers, the Bor and the Krivelj, have already been affected by pollution from Zijin’s mining operations.

“We don’t see any attempts to protect these waterways. The quality of the water is disastrous, as can be seen in the photos. This water has been supplying agriculture in the region for decades, but unfortunately this is no longer possible – no one wants to buy the products grown here because they are contaminated.”

Chinese workers brought to Bor to develop the new mine protested recently in front of Zijin’s Serbian headquarters, to demand better working conditions. They say that they have been working almost non-stop since April 2020, and that their rooms are not heated, the food they are given is of poor quality, and they are often thirsty.

The workers further claim that they are not allowed to visit the city of Bor, and that they feel like prisoners in the workers´ compound on the premise of the project. They also state that the situation is the same for other Chinese workers stationed at another compound in Bor, and that they plan to sue the company when they return to China.

Zijin’s international operations have been criticised in a number of countries for conflicts over compensation, human rights violations, and failure to address environmental issues.

Members of the European Parliament representing five political groups expressed concerns for the Bor operation, as well as the low environmental and social standards of Chinese financed infrastructure projects in Serbia.

Air and Water Pollution in Bor

Several reports show that the emissions from Zijin’s copper production in Bor exceed permitted levels. Recent data from the Serbian Environmental Protection Agency shows that in May 2021, Zijin’s SO2 emissions exceeded alert thresholds, beyond which there is a risk to human health.

Reports from RERI show similar results. One sample from the Pek river showed levels of copper 17 times higher those prescribed in the regulations, and found high concentrations of arsenic, copper and lead in the river sediments.

Read our analysis on Chinese companies’ questionable transparency and environmental practices in coal, copper, steel, and tire projects in Serbia.

Chinese companies have invested in production, infrastructure and enterprises in Serbia since 2014. So far, very little is known about the backgrounds and track records of these companies, which have similar operations in other countries. Learn more:

This story is also published on Balkan Insight.